Congratulations to Brecksville HS Freshman Basketball Team who won the 2020 Gary Matney Memorial Tournament.  This is the fourth year that the Magics have hosted the in season tournament.  This year’s teams included Barberton, Brecksville, Firestone and Hoban.

The tournament is in the memory of Mr. Gary Matney.  He was very active in the community serving on both the Barberton and Summit County Sports Hall of Fame Selection Committees, Mum Fest Committee, Barberton High School Alumni Association, Magic City Kiwanis, Summa Barberton Hospital volunteer and a Magics sports fan for over 50 years.  Mrs. Matney and her daughter (Gail) and son (Randy) have joined us all four years to help present the trophies to the tournament runner-up and champion each year. 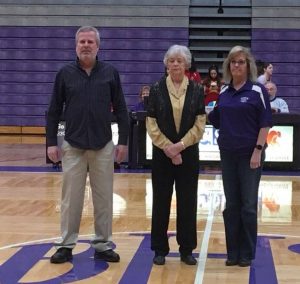