The Barberton All-Sports Boosters announced on Wednesday, July 1, 2020 the three BHS student-athletes that were selected by the BASB as recipients of the Fred Johnson Award for 2020.  Congratulations to Megan Schanz, Tyler Eberhart and Nick Plucinski.   For the complete press release from the BASB see the attachment – Barberton All Sports Booster Club Fred Johnson Award Release 2020 (1) .  The BASB release is below as well.

These honorees were chosen by a volunteer committee and exceeded the following award criteria:

a. Must be a Multi-Sport Student Athlete (Earned at least 2 Varsity Letters)

b. Must exhibit strong leadership qualities

c. Must be of High Character

d. Must show proof of Volunteering in Barberton Community

f. Must be accepted into Higher Education after graduating from BHS

g. Must be recommended by at least one Barberton High School Varsity Head Coach-Letter written by Head Coach explaining why candidate deserves award. Coaches were encouraged to provide as much documentation as possible. 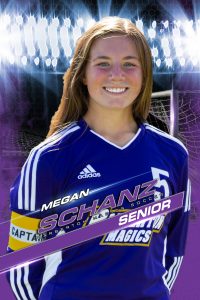 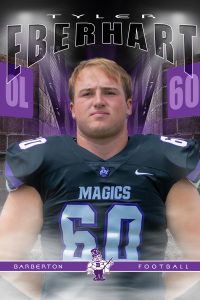 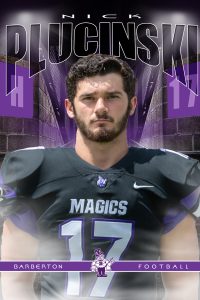 BIO On Fred Johnson–From the Summit County Sports Hall of Fame: Injuries cut short the college football career of Barberton’s Freddie Johnson, but for two years, as a freshman and sophomore, at Miami University (the original one at Oxford, Ohio) Johnson left a mark on RedHawks gridiron history. As a freshman, Johnson made 27 of 28 extra points and was four of 15 in field goal attempts. That season the RedHawks went 11-1, including a 20-7 victory over South Carolina in the Tangerine Bowl at Orlando, Florida. In that game Johnson contributed field goals of 33 and 47 yards. For a while Johnson thought he had the Tangerine Bowl record for the longest field goal in perpetuity since the Tangerine Bowl disappeared for 19 years. But, the bowl has been resurrected a few years ago. While Johnson remembers the kick he made in the Tangerine Bowl, he also recalled a 63-yard miss against Purdue in his freshman year. “It was wide right by the smallest of margins,” he said and” I had never seen that many people in the stands,” he added. For his career at Miami, Johnson was 43 of 51 in PATs and nine of 28 field goals. Besides kicking, Johnson was a wide receiver for four seasons at Oxford. The injury jinx got him his last two seasons. Johnson was a three-sport star at Barberton. He averaged 19.8 points a game in basketball and was named to the All-Ohio team. Johnson finished sixth in the high jump in the state track meet in Columbus. His deep kickoffs and field goals helped the Magics to 8-1, 9-1 and 8-2 seasons and led to an All-Summit county selection and to his scholarship at Miami. Johnson is a professional marketing educator, teacher, counselor at Rancho High School in North Las Vegas. He has also been a coach, but in a sport that was foreign to him—soccer, leading the Rancho team to zone playoffs in his first season.